Lumen : the light, standard unit of measurement in photo; the omnipotent sun in Languedoc.

Grenache : 15 and 35 years, conducted in Royat and goblet.

No chemical fertilizer or herbicide or synthetic molecule, amendment in organic matter to revitalize the soil, plowing, natural grassing, manual brushing with the pickaxe.

Treatments : the bare minimum according to the health status of each plot, the objective being to strengthen the natural defenses of the vine.

Natural vinification : The use of SO2 is reduced to a minimum.

Since 2002, the various guides and the specialized press have recognized the quality of Mas lumen . Well-informed wine merchants, sommeliers, importers and restaurateurs have enabled Mas Lumen to be present on the market in France, Japan, Belgium, the United States, Germany, Netherlands, Great Britain, Swiss and South Korea. 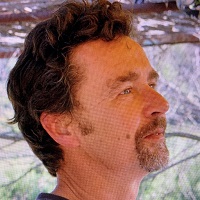 It is by observing nature and enclosing it in its case that Pascal began his professional life. Initiation with the greatest photographers, studies of the history of the art, guardian of the Louvre museum...more... 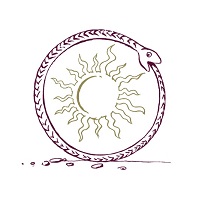 Symbol an world in witch the sky has finally joined earth, where these symbols are meeting. Earth, kingdom of human (telluric), and the sky earth of deities (cosmique) meeting such one tangle impossible, a paradoxe not can be solve. The Ourobore is here, alliance indescribable and unknown... 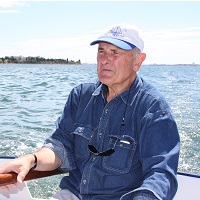 CEO, from 1974 to 2006, of a big french industrial group based on many countries (materials of roofing and sealing). Additionally: hunter, golfer, hiker, skier, sailor and amateur of good wines! Today, retired, he follows, with attention, the exploitation (résidence secondary at Sète). he gives direction at the mas Lumen small team, before passing the falls to his sun, Laurent.

It is by observing nature and enclosing it in its case that Pascal began his professional life. Initiation with the greatest photographers, studies of the history of the art, guardian of the Louvre museum, he made every effort to develop his best to transmit it through the lens.

During his travels in South America and Asia, he became acquainted with new horizons and approaches other cultures. In 1989, he worked for Image Bank and worked on American professionalism. At the same time, the revelation of a great wine opens up a new world of sensations that he wants to explore. He continues to taste and develop his knowledge of wine and winemakers. Case in hand, he travels the French vineyard, meets and observes: Jacques Raynaud, his terroir, his old cellar and his unforgettable wine; Coche Dury so difficult to photograph, its perfectionism, its integrity and whose wine reveals unparalleled aromas; Henry Jayer, Marcel Guigal, Didier Daguenneau, Didier Barral and many others.

Little by little, the desire to become a winemaker is essential. He leaves Paris and deploys his energy to seek the terroir of his dreams, while continuing his collaboration with specialized magazines: Wine Spectator, RVF, Gault and Millau; In 1997, during a report on the great winegrowers of Languedoc, he is seduced by the potential of this region, in full restructuring. He searches around Pézenas and sets his sights on Gabian. This Gabian soil presents, indeed, a variety of soils of shale and basalt well adapted to the culture of a vine of quality.

The acquisition of the parcel "Les Pascales" was made in January 2001: 4 hectares in one piece, planted with old Carignan, Grenache, Syrah and Terret in a wild area surrounded by forest and scrubland. Pascal can quickly implement the lessons learned at Pézenas (Professional Agricultural Patent) and supplemented by the valuable advice of his winegrower friends.

He makes a short stature, works the ground and begins to implement his theories "nature" for the management of the vineyard and respect for the environment. In July, begins a race against the clock with the restructuring of a winery in the village of Gabian where he installs, with the perfectionism that he is known, tanks and equipment winemaking performance.

The observation of the winemakers allowed him to define the winemaking methods and the proper organization of the winery. The parcel vinification allows him to control, alone, production processes in small containers (stainless steel tanks, half-hounds of 5 hectoliters). He plans to make three wines: a red, with a vinification and aging in barrels, a red, on the fruit, with a slow maceration, and a white. End of August 2001, the cellar and ready to receive the grapes.

Everything must be impeccable: no leaves, no damaged grapes, no juice at the bottom of the crates. The beginning of the fermentation will remain forever in the memory of Pascal. The magic of the grape processing begins: the slow maceration reveals incredible fruit aromas, the fermentation in barrels gives a woody wine structure without excessive aromas. Although resulting from a picky preparation, this first wine is lived as a happy surprise, a gift, as it fills the expectation of the one who designed it.